Please identify the word according to the transcription given.

6. Complete the sentence by identifying the transcription.

6. She does not eat good ______ chocolates ____ cakes because they are sugary food. To complete the sentence which correlative conjunction is appropriate?

13. Technology _______ dramatically in the twenty-first century.

16. I am currently working _____ Fair Trade Outsourcing as a Customer Service Representative

17. He always gets what he wants _______ explaining very well the reason for his request.

I. The country of Mexico is the third-largest nation in terms of land area, and the second-largest nation in terms of population in North America. As of 2006, Mexico's population was well over100,000,000 people. Mexico is located south of the United States and north of the nations of Belize and Guatemala. The Rio Bravo (called the Rio Grande in America) forms much of the border between the United States and Mexico. Spanish is the official language of Mexico. Did you know that many of our words such as a tornado, tomato, taco, armadillo, and banana come from the Spanish language? In fact, much of our land came from Mexico too. The states of Texas, NewMexico, Utah, Colorado, California, and Arizona were all part of Mexico before the Mexican War.

1. According to the passage above, what are the states mentioned which were parts of Mexico before the Mexican war?

II. Mexico is a land full of contrasts. Northern parts of Mexico are dominated by the Sonoran and Chihuahuan Deserts. The Sonoran Desert is the world's most biologically diverse desert and contains the world's entire supply of Saguaro Cacti. The central portion of Mexico is dominated by the mountainous Mexican Plateau. The southern parts are characterized by rainforests. Mexico's rainforests are high in biodiversity and feature animals such as jaguars, cougars, and exotic parrots. Mexico features high mountain ridges on its Pacific Coast and on its eastern sides. Its highest point is known as Pico de Orizaba, located near the city of Puebla. Pico de Orizaba rises 18, 701 feet above sea level. It is the third highest mountain in North America, as well as the continent's highest volcano. Pico de Orizaba is classified as a dormant volcano, as it last erupted in 1846. Mexico is well known as a popular tourist destination. People from all over the world come to bask on its beautiful beaches in Cancun and Acapulco. In addition, Mexico has dozens of important archaeological sites that preserve ancient Mayan ruins. The most famous site is Chichen Itza, a major Mayan city that lasted over 600 years on the Yucatan Peninsula. As you can tell, there is a lot to do in Mexico and a lot of really neat things to see. For more information, stop by your local library and check out a book on Mexico, or, visit one of the hundreds of websites dedicated to illustrating all that is wonderful about Mexico.

3.  The Sonoran Desert is the world's most biologically diverse desert and contains the world's entire supply of __________.

4. Why do you think the Mayan City is considered the most famous tourist spot in Mexico?

5. Many people who have come close to death from drowning, cardiac arrest, or other causes have described near-death experiences—profound, subjective events that sometimes result in dramatic changes in values, beliefs, behavior, and attitudes toward life and death. These experiences often include a new clarity of thinking, a feeling of well-being, a sense of being out of the body, and visions of bright light or mystical encounters. Such experiences have been reported by an estimated 30 to 40 percent of hospital patients who were revived after coming close to death and about 5 percent of adult Americans in a nationwide poll. Near-death experiences have been explained as a response to a perceived threat of death (a psychological theory); as a result of biological states that accompany the process of dying (a physiological theory); and as a foretaste of an actual state of bliss after death (a transcendental theory). 𝑻𝒉𝒆 𝒑𝒓𝒊𝒎𝒂𝒓𝒚 𝒑𝒖𝒓𝒑𝒐𝒔𝒆 𝒐𝒇 𝒕𝒉𝒊𝒔 𝒑𝒂𝒔𝒔𝒂𝒈𝒆 𝒊𝒔 𝒕𝒐? 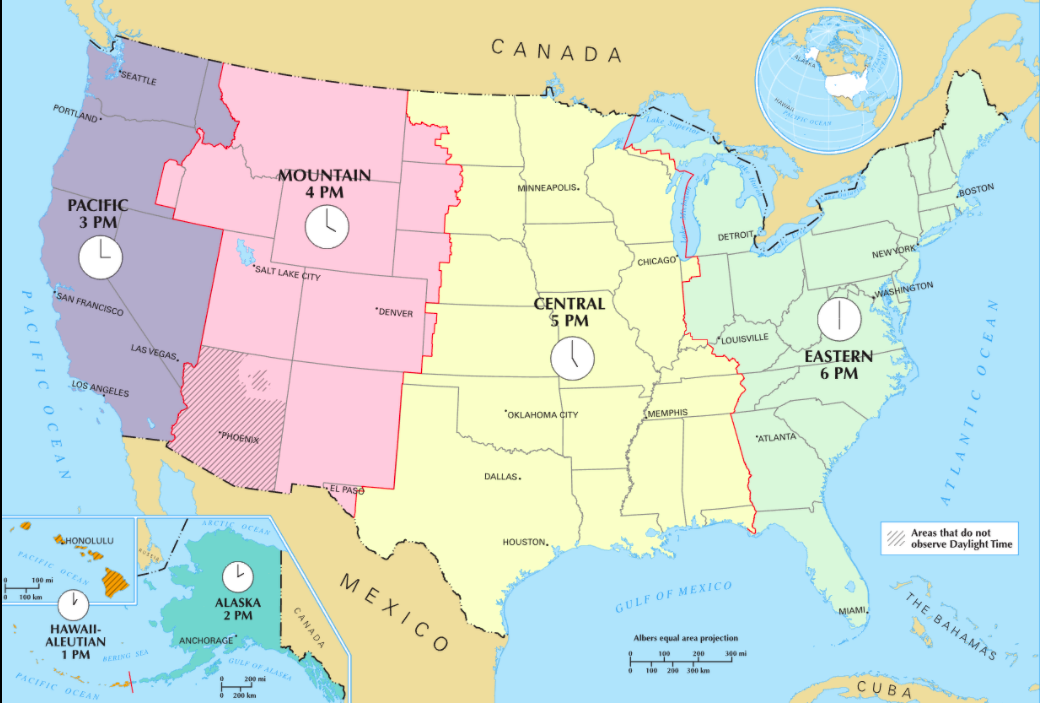 1. You are in Central Time and you want to go to Pacific Zone.

Central Time is 4 PM. What's the timezone in Pacific Zone?

2. You are in Eastern Time and you want to go to the Pacific Zone.

Eastern Time is 7 PM. What's the timezone in the Pacific Zone?

3. You are in Mountain Time and you want to go to Eastern Zone.

Mountain Time is 3 AM. What's the timezone with travel time in Eastern Zone?

4. You are in Pacific Time and you want to go to Eastern Zone.

Pacific time is 11 AM. What's the timezone with travel time in Eastern Zone?

5. You are in Eastern Time and you want to go to the Mountain Zone.

Eastern Time is 10 AM. What's the timezone with travel time in Mountain Zone?

6. What is the capital of Mississippi?

7. What is the capital of New York?

8. What is the capital of Michigan?

9. What is the capital of Rhode Island?

10. What is the capital of Rhode Island?