2. You do not look good in ______ the blue sweater _______ the yellow. To complete the sentence which correlative conjunction is appropriate?

5. The answer sheets of the trainer ____  incredibly messy.

12. Technology _______ dramatically in the twenty-first century.

14. Which is the best sentence?

22. He always gets what he wants _______ explaining very well the reason for his request.

28. I am currently working _____ Fair Trade Outsourcing as a Customer Service Representative

1)  Islamic State of Iraq and Syria officially known as the Islamic State is a Salafi jihadist militant group that follows a fundamentalist, Salafi doctrine of Sunni Islam. ISIS gained global prominence in early 2014 when it drove Iraqi government forces out of key cities in Western Iraq, followed by its capture of Mosul. The group has been designated a terrorist organization by the United Nations. ISIS is widely known for its videos of beheadings and other types of executions of both soldiers and civilians, including journalists and aid workers, and its destruction of cultural heritage sites. The United Nations holds ISIS responsible for human rights abuses and war crimes. ISIS also committed ethnic cleansing on a historic and unprecedented scale in northern Iraq.  In July 2017, the group lost control of its largest city, Mosul, to the Iraqi army. Following this major defeat, ISIS continued to lose territory to the various states and other military forces allied against it, until it controlled no meaningful territory by November 2017. U.S. military officials and simultaneous military analyses reported in December 2017 that the group retained a mere 2 percent of the territory they had previously held. On 10 December 2017, Iraq's Prime Minister said that Iraqi forces had driven the last remnants of the Islamic State from the country, three years after the militant group captured about a third of Iraq's territory.

1. What event marked the global prominence of SIS? 1pt

3. What is your stance about terrorism? (Essay) 3pts.

4. Search Engine Optimization a.k.a SEO is vital for a website to stay successful for a long time. The world of the internet continues to evolve so website owners must stay in the game by making updates while practicing effective SEO. Great content and correct SEO are the blood of a website because, without them, a site could die. The paragraph is mainly about what?

5. Many people who have come close to death from drowning, cardiac arrest, or other causes have described near-death experiences—profound, subjective events that sometimes result in dramatic changes in values, beliefs, behavior, and attitudes toward life and death. These experiences often include a new clarity of thinking, a feeling of well-being, a sense of being out of the body, and visions of bright light or mystical encounters. Such experiences have been reported by an estimated 30 to 40 percent of hospital patients who were revived after coming close to death and about 5 percent of adult Americans in a nationwide poll. Near-death experiences have been explained as a response to a perceived threat of death (a psychological theory); as a result of biological states that accompany the process of dying (a physiological theory); and as a foretaste of an actual state of bliss after death (a transcendental theory). 𝑻𝒉𝒆 𝒑𝒓𝒊𝒎𝒂𝒓𝒚 𝒑𝒖𝒓𝒑𝒐𝒔𝒆 𝒐𝒇 𝒕𝒉𝒊𝒔 𝒑𝒂𝒔𝒔𝒂𝒈𝒆 𝒊𝒔 𝒕𝒐?

6. Read the paragraph and answer the item that follows.     "My concept of inner peace came from my mother's daily activities which I now recall with fondness and awe. She was a full-time housewife wholly dependent on my father's monthly salary. How she made both ends meet, guided us in our studies, and did small acts of charity on the side was beyond me. "     The mother's financial resources are____________.

8. Cyber violence is just as damaging to women as physical violence, according to a new U.N report, which warns women are growing even more vulnerable to cyber violence as more and more regions gain internet access. The report calls itself a “wake-up call” about cyber violence as a systemic concern, especially as technology is spreading across more regions. Presented by U.N. Women and the U.N. Broadband Commission, the report estimates that 73% of women have endured cyber violence and that women are 27 times more as likely as men to be harassed online. In Europe, nine millions girls have already experienced some kind of cyber violence by the time they’re 15. Anita Sarkeesian, a gamer and activist who has long agitated for more actions against cyber violence, spoke at the launch of the new report, titled “Cyber Violence Against Women and Girls: A Worldwide Wake- Up Call.” The U.N. defines violence against women as “any act of gender-based violence that results in, or is likely to result in, physical, sexual or psychological harm or suffering to women, including threats of such acts.” The report notes that cyber violence is an extension of that definition, that includes acts like spamming, and harassment. The report also argues that “cyber touch is recognized as equally as harmful as physical touch, “suggesting that online harassment might be just as lethal as domestic violence or sexual abuse. 6. What is your stance on Cyber Violence? * (2 points)
* 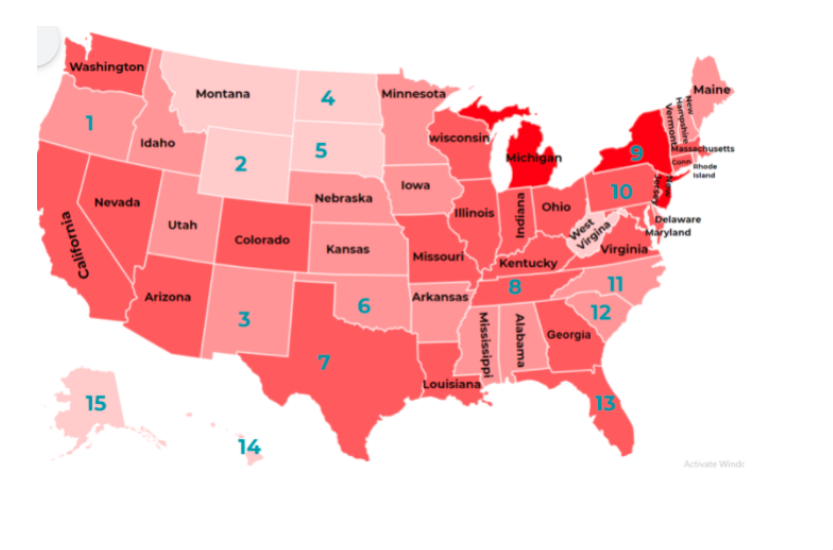 1. You are in Central Time and you want to go to Pacific Zone.

Central Time is 4 PM. What's the timezone in Pacific Zone?

2. You are in Eastern Time and you want to go to the Pacific Zone.

Eastern Time is 7 PM. What's the timezone in the Pacific Zone?

3. You are in Mountain Time and you want to go to Eastern Zone.

Mountain Time is 3 AM. What's the timezone with travel time in Eastern Zone?

4. You are in Pacific Time and you want to go to Eastern Zone.

Pacific time is 11 AM. What's the timezone with travel time in Eastern Zone?

5. You are in Eastern Time and you want to go to the Mountain Zone.

Eastern Time is 10 AM. What's the timezone with travel time in Mountain Zone?